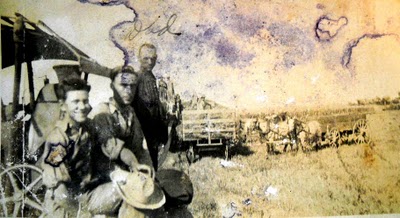 My grandfather, Leroy Brown, was the tallest one in the row of men with the writing of dad above his head.  He was not a rich man even though he had a wife and three children.  I was told that he dug graves for a living and apparently worked as a hired hand during the fall harvest season.  It was told that he owned a barber chair and cut hair on weekends for neighbors and relatives. My mom told that no one would pay him for cutting their hair. My grandfather died in 1937 from TB. 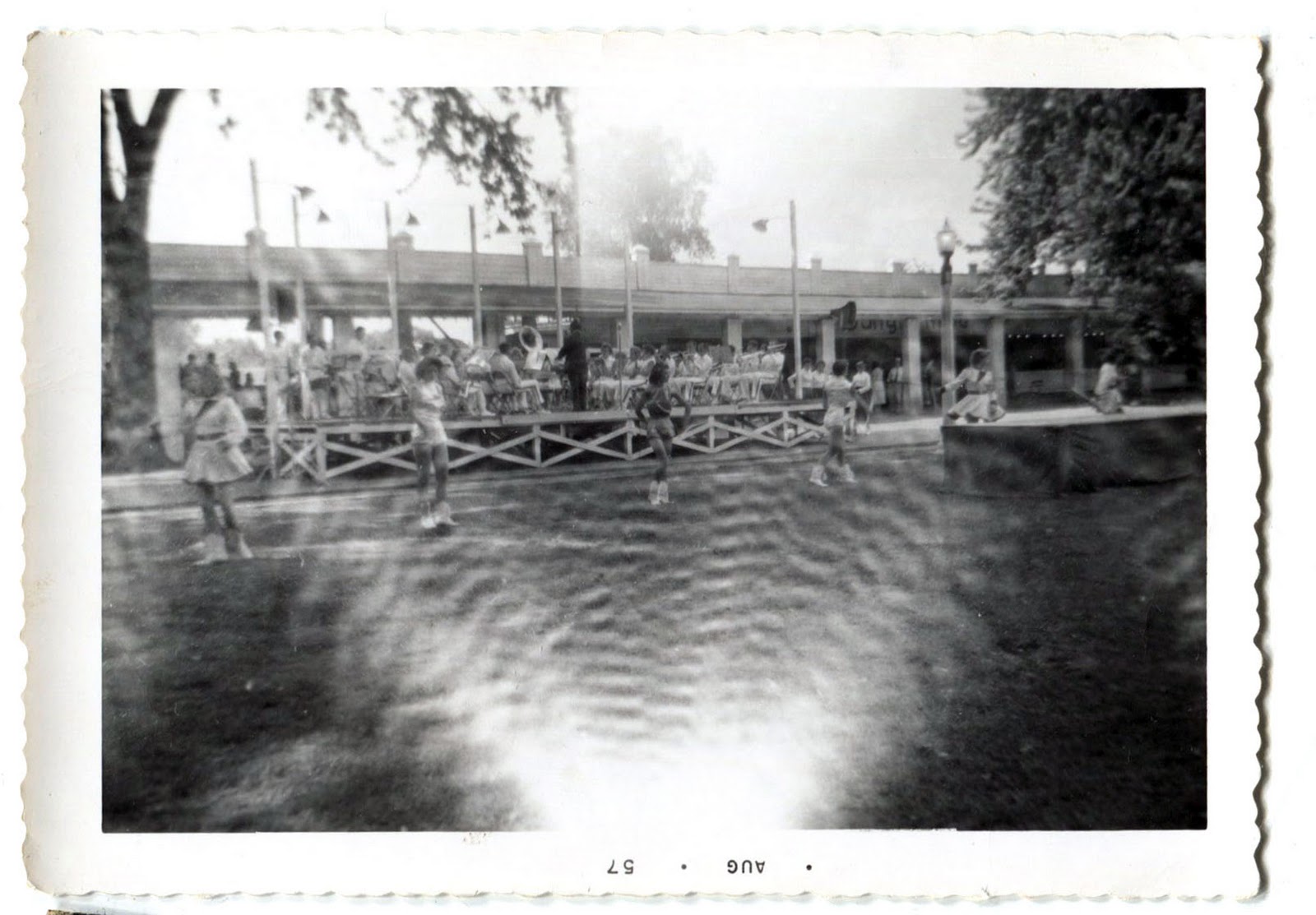 The baton twirlers are working hard to entertain the crowd while the high school band plays a rousing marching band song.  It was the era when many girls were needed to decorate the band with batons and also sometime pom poms.  As a band marched down the street the majorette would have a couple of rows of girls in uniform marching behind helping to introduce the band members that were following. 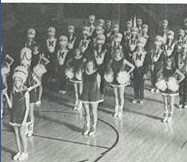 A newer generation of baton twirlers and pom pom girls stand to attention for a group photo found in an old Murray High School yearbook. 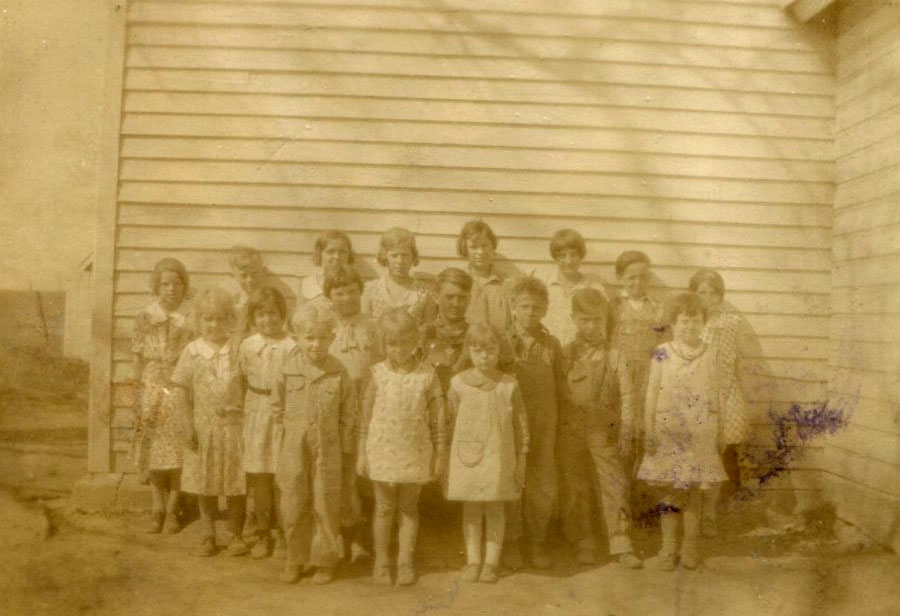 Country school teachers were paid very little to help educate the children of the farming community.  A man could be a school teacher but an unmarried woman was usually the norm to hold the job.  My mom was a country school teacher having had a special training class taken her senior year of high school.  She took over the job of a future sister-in-law who had married and became pregnant.  Both conditions were not accepted while being a teacher.

Others are posting blogs about this weeks theme of Inverse Work, on Sepia Saturday.  Click HERE to go to the other blogs from person around the world.