The Rockefeller Bridges of Old..... 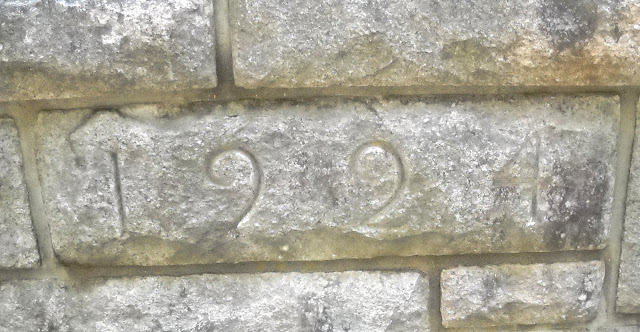 John D. Rockefeller, Jr.  bought some land in Maine.  It just happened to be an Island  off the Atlantic coast and a small fishing town was next to it. The town was Bar Harbor. His island was great to see with the cliffs along the shores and mountain-like roads through the property. Giving buggy rides was  difficult when he wanted to show off the property.  He hired European stone builders to come and build him bridges to span some of the crevices of the hills. They lived on the site until the job was done.  I don't know the exact number of the bridges but I know of at least three and there probably were more.  At first the date visualizes as 1994 in the above photo.  But the stone is uneven and it actually says 1924. 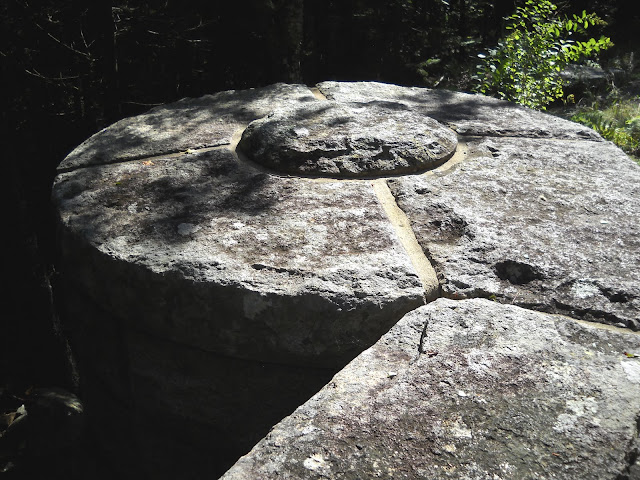 The bridges were designed with decorative additions that made them more that just common bridges. The circular  pieces were built at the end of each bridge railing. The ability to get round edges must have been done by experts who liked to carve stone.  A photo below shows that a circular column was built below this round decoration. 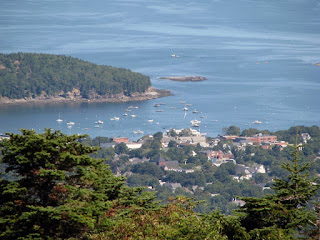 On top of the highest point of the island is Cadillac Mountain.  This is the city of Bar Harbor down below the peak. 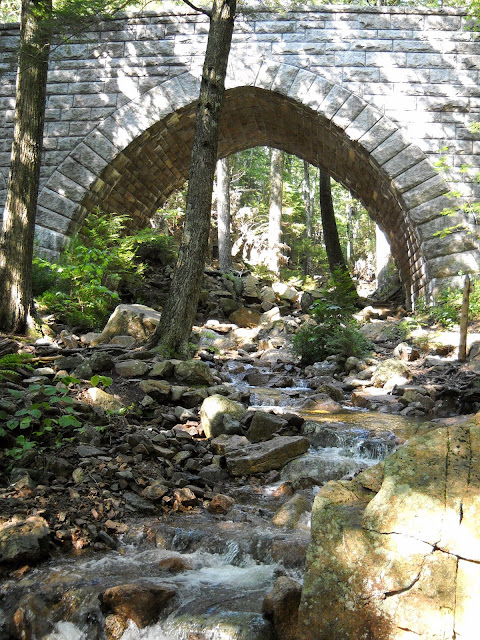 After searching through literally 1000 photos in one file, I did find pictures of one of the bridges. A creek runs under some of the bridges and one bridge spans a road. There is a keystone at the top of the gothic arch. Being it is in Maine, I am sure there were rock quarries where the stone was purchased and shipped, by horse drawn wagon to the different sites. . 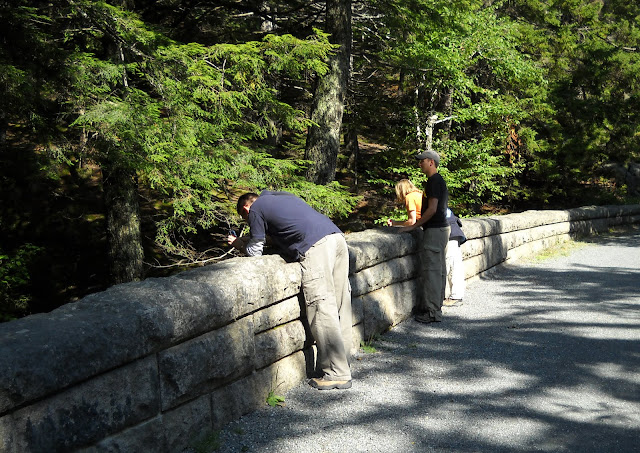 Our two sons and one daughter-in-law are gazing down below from the one bridge. We were hiking the same trails as the horse and buggies use to travel for Rockefeller to show off his property. 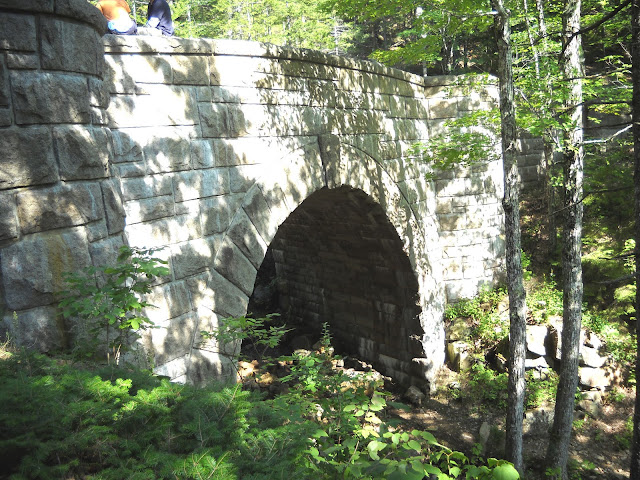 A different side view of the bridge shows the circular pillars that were built at each end of the bridges. The landscape of the now Acadia National Park is much the same. The Rockefeller family donated the most of the area. My one son you livers near there says that the family still holds some land with a house in the area.  He has met one of them while jogging one morning.

It has been a long time for me to Sepia Saturday blog.  I promise many black and whites to share from years ago. As I moved to a new home, all of the photo boxes are out and ready for me to seek new, old shots for sharing.

Visit others on Sepia Saturday by CLICKING HERE.
Posted by L. D. at 7:06 AM 7 comments: