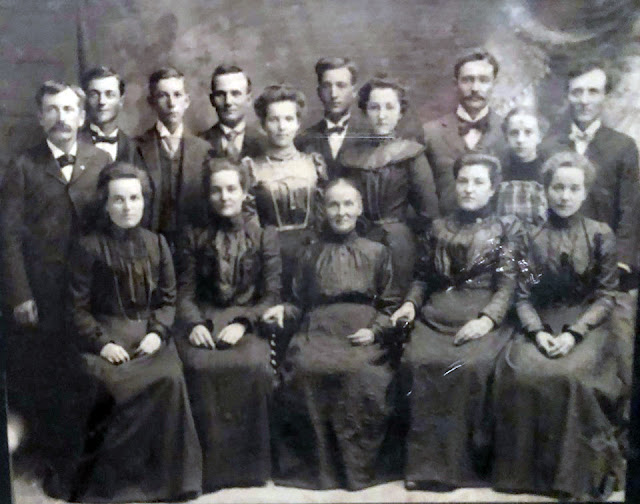 There are many who follow this blog who also post on the Sepia Saturday blog.  You can check out that group by clicking on this SEPIA SATURDAY.  Thanks for stopping by today.  I have been gone for a while and am glad I am back.
Posted by L. D. at 4:15 PM

Larry... here is your old Ozzie friend, sneaking back to peek at your page.. I love old photos and now I write about those times in my books.. Being born in the 1940's I can remember many things that have long gone. Dirt roads, not wearing shoes to school, a bath once a week, and only one tap in the house which gave cold water..

Such a wonderful lady, your grandmother above and having all those children in a time when there weren't the modern cons to help. So special. I loved seeing this. Really, what would she, your grandfather or offspring have thought about our world today?? I don't believe we have progressed but rather regressed.. respect is gone and so is much of the personal closeness shared in those bygone days.
A hug and blessings sent to you.